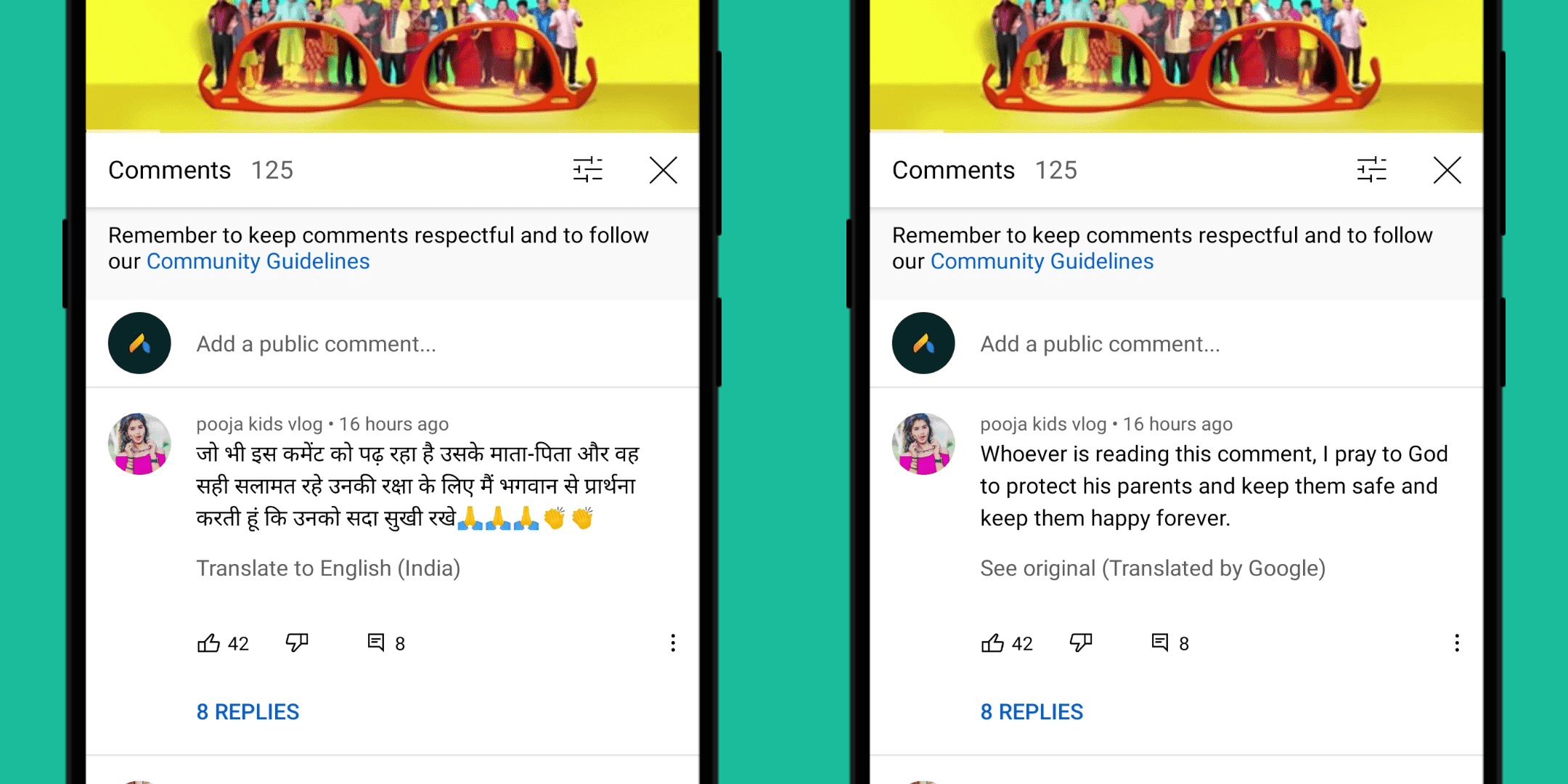 Comment section of a video on YouTube plays a vital role in acquiring thoughts of viewers of a creator and also an important feature which allow viewers to know what other people like them are thinking of the video. Even with this, up to now, one problem which prevented people from understanding the comments of a video was the difference in the language of the comment. But not any more. Google has released a new feature in its video streaming app YouTube, which now helps user translate the comments which are not in the native language of user's smartphone.
This will help them quickly understand the thoughts of people who speak different language. While this feature involves instant translation but this may also have some errors in the translation as the data used here is from the Google's own translation API.
Let us know in the comment section below, what do you think about this new rollout.