VI Vodafone Idea (Vi) (Vodafone Idea) has introduced a new multi-connection offer (Vi Multi-Connection Offer) called RedX Family Plan (RedX Family Plan), in which you are getting two options, which means that you are getting the first plan in this series for Rs 1,699 and the second option for Rs 2,299 per month, if you talk about these plans, you are also getting unlimited calls (Unlimited Call) and unlimited free data (Unlimited Free Data). 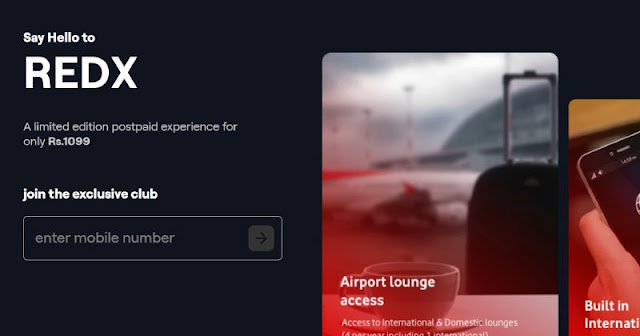 How many connections are available in these RedX postpaid family plans of Vi?

What will you get in Vi's family postpaid plan for Rs 1,699

The new VI (Vi) plan is seen as a RedX Family Plan (Vi RedX Family Postpaid Plan) priced at Rs 1,699, offering you unlimited local (unlimited Local Call), STD (unlimited STD Calls) and National Roaming Calls (national roaming calls). It also offers unlimited data (Unlimited Data) benefits and 3,000 SMS (SMS) per month. However, not only that, the plan also provides you access to one-year Amazon Prime subscriptions (One year Amazon Prime Subscription), one-year Netflix subscriptions (One year Netflix Subscription), one-year Hotstar VIP memberships (one year Disney+ Hotstar VIP Subscription), VI Movies (Vi Movies) and TV VIP Vi TV VIP). In addition, you are getting access to international and domestic airport lounges (four times a year) in this postpaid plan, as well as a seven-day international roaming pack from Vodafone Idea in this postpaid plan. Not only that, you need to call ISD (ISD Call) for USA and Canada on 0.50/10/2009. Money minutes, UK are also getting 3 rupees a minute, etc. In addition, it provides special rates to more than 14 countries.

What will you get in Vi's family postpaid plan for Rs 2,299

You are also getting the same benefits in the RedX Family Plan (RedX Family Plan) priced at Rs 2,299 for Vi, as you have seen in the previous plan, but you are getting (Five-member Connection) in this plan, although only Three-member Connection) was available in the previous plan. This means that 5 members of your family can avail this plan. In addition, VI has come up with a lock-in period of six months for these postpaid RedX Plans (Postpaid RedX Plans). This means that users will have to subscribe to these plans for at least six months, and if they plan to drop these plans before the lock-in period ends, users will have to pay an exit fee of Rs 3000. You can see all these plans here on the company's official website.