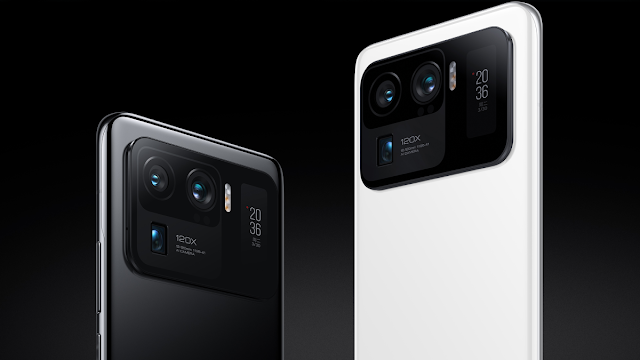 Chinese smartphone maker Xiaomi may soon launch a new smartphone series, the Xiaomi 12 Series. There can be a total of two smartphones in this series, Xiaomi 12 and Xiaomi 12 Ultra. While no information has come from the company regarding this phone, the design of Xiaomi 12 Ultra has been leaked, due to which some features of the phone are also being known.

According to the news, on December 28, Xiaomi's new smartphone series, Xiaomi 12 Series can be introduced in China. Tipster Mukul Sharma has put forward pictures of the case of the top model of this series of Xiaomi on Weibo. Let us tell you that this smartphone case has not been confirmed by the company, but many leakers say that this is the case of this phone and the features of this phone have also been estimated from the same case.

In this smartphone of Xiaomi, you can get a 5,000mAh battery which can come with fast charging support of 100W or 120W. Let us tell you that according to the news coming out, the Snapdragon 8 Gen 1 SoC processor can be in Xiaomi 12 Ultra. Pictures of the display of the back of this smartphone have come out, from which the camera features of this phone are being estimated.

This Xiaomi smartphone can have 200MP camera

From the pictures that have been leaked of the back of this smartphone of Xiaomi, it can be guessed that this phone can have a quad camera setup and the shape of its camera module looks round. The main or primary sensor of the camera of this phone can be of 50MP or 200MP. This phone can also have two telephoto lenses with periscope setup.
According to the news, the company will present this phone in front of everyone in this month, so it is expected that the company will release the features and other information soon.