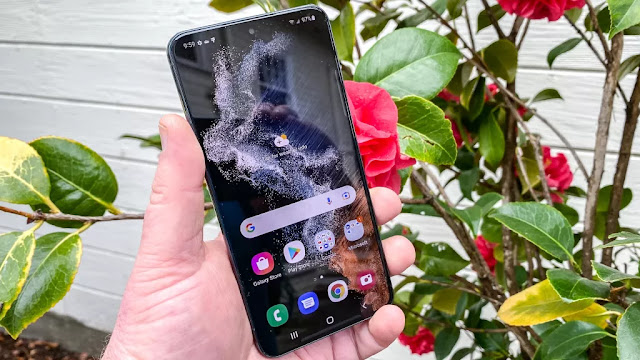 Samsung is one of the most popular and trusted smartphone brands in the world. If you use Samsung's smartphone, then let us tell you that you can be a victim of hacking. To avoid hackers, you have to do an urgent thing right away. Let's know about this case in detail.

Threat is looming over Samsung users

According to a report by mobile security and privacy solutions company Krypto wire, Samsung smartphones running android versions 9 to 12, which have not been updated by the company until February 2022, could be victims of a major cyber attack. In fact, the company has warned that due to a major security flaw in Samsung's smartphones, they can be easily hacked by hackers.

Your smartphones can be hacked

A report by Crypto wire has reported that a deficiency (CVE-2022-22292) has been discovered in Samsung devices running on versions of Android 9 to 12 so that the hacker can easily hack the device. By hacking smartphones, hackers can make phone calls from the device, install or delete apps, and also install unverified certificates to undermine HTTPS security. The report states that hackers also have the power to run apps in the background and factory reset the device.

If you are wondering how you can protect your Samsung device from hackers, then let us tell you that to remove this flaw found in the company's in-built apps, Samsung's smartphones need to be updated immediately to new and latest security updates. That's the only way you can save your Samsung devices from being hacked.