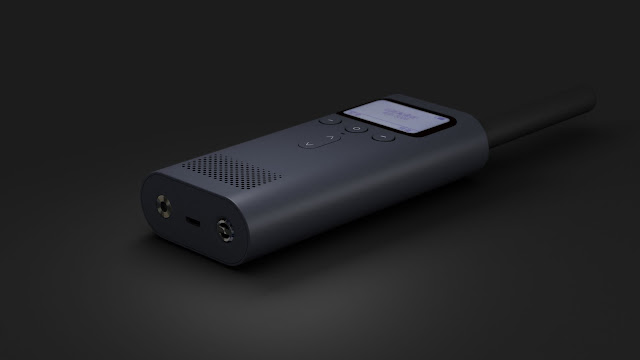 Xiaomi keeps launching new products. Now Xiaomi has launched the third generation of walkie-talkie. The company has named it Xiaomi Walkie-Talkie 3. This latest product of the company is quite affordable.
Xiaomi Walkie-Talkie 3 has been launched in China. It is priced at Yuan 399 (approximately Rs 4,700). This device has many improvements compared to the previous generation. It also supports 4G Full Netcom.
4G Full Netcom supports china's three biggest telecom companies. Because of this feature, xiaomi walkie-talkie can be spoken at a distance of 3 to 5,000km. However, these conversations can only take place within China.
This limit is much higher than the traditional intercom call distance. Talking about the specifications of Xiaomi Walkie-Talkie 3, it has options for independent group building, quick team formation and private intercom.
It won't require an advance setting. It also has the support of OTA upgrades, which is believed to be able to update more features in the coming time. Mi Walkie Talkie 3 also has the option of two-way voice calls with several intercoms, one-to-one intercoms, one-to-one intercoms.
It has a high-performance audio system with a 40mm large size speaker unit and a professional audio processing chip. This gives it 30 percent more volume than the older model. Apart from this, it also has the support of environmental noise cancellation algorithm or ENC. Xiaomi Walkie-Talkie 3 has a 3,000mAh battery, which allows it to run on ultra-long standby time for up to 100 hours.
It can be used for up to 60 hours. It has two color displays and comes with IP54 protection. It also has an integrated back clip. It also has the option of Bluetooth for connectivity. It also has type-C interface support.